For me, debt used to be an unending frustration. It wasn’t something I could hide from. If I ignored it, the problem just got worse.

The only way to end my struggle with debt was to face it head-on and change my ways.

I was a few thousand dollars in debt when this site was started. I was lucky enough to know about it on day one and was really excited to read each and every new post.

As a single mom of one-year-old twins, it was a nice break from the rhyming, repetitive books I was used to.  It was like hearing from an adult, a friend, someone who understood me and wasn’t obsessed with all things hippopotamus.

After reading for a few weeks, I decided to get my act together and try to pay off some debt.

But I live on a fixed income and was already aware of where my money went. I tracked my spending and wasn’t frivolous with money. So, I knew getting everything paid off wouldn’t be easy.

Now, I know what you’re thinking, “A few thousand dollars? That’s NOTHING!” There are stories on this site of people paying off over a million dollars in debt! Well, as a single mom of twins, who was unable to work due to a medical condition, it sounded like a million. For perspective, my debt was about 45% of my annual income.

I was on assistance from the state and receiving child support. Luckily, I didn’t have many new bills coming up because due to my medical issues, we’d moved in with my parents who weren’t charging rent. So yes, we definitely had some help. But I had to dig in and do the work too.

RELATED: 11 Ways to Save When You’re Out of Corners to Cut

How I Got Out of Debt On a Fixed Income

I buckled down and stop spending. All spending.

I am a spender by nature, and years ago I’d found a fix for that. If my goal was to pay things off, I got the same rush out of paying my bills as I did from spending money. So, I’d work as much as possible and pay my bills months ahead of time. I’d pay my cell phone bill six months ahead, student loans, car insurance, anything that allowed you to pay ahead and not have a new bill next month.

By paying off as far in advance as I could, I created a cushion for myself. A sort of automatic emergency fund. And it gave me a huge sense of accomplishment.

When I was ready to get out of debt, I knew I needed to get into that mindset again.

My kids had hit a stage where they weren’t growing quite as fast so I knew we could handle them wearing the same clothes for a few months. I didn’t buy them anything new, except their very first pair of shoes. Up until then, they didn’t own any and they were starting to walk and spend time outside since it was spring so that wasn’t something I could legitimately cut out.

I didn’t buy food that wasn’t necessary. I didn’t buy coffee, ice cream, snacks, or eat out at all. When we’d go out for the day, I’d pack us fruit. We ate a lot of bananas.

I didn’t drive if I didn’t have to. We stayed home a lot or walked to the park. On weekends, we’d go out with my parents to whatever they were doing. Sometimes it was going to watch their god-daughter play softball, other times we’d visit my grandparents. Since they were going anyway, we’d all take my car (car seats are a pain to move) but they’d fill up the tank. 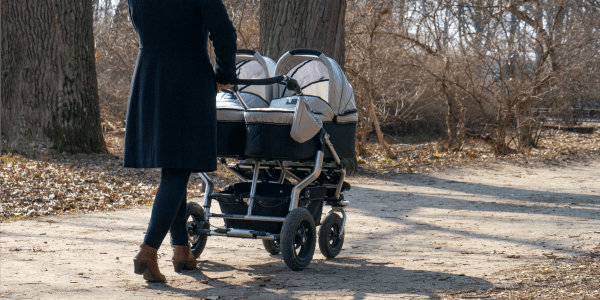 I didn’t shop online. Taking the Amazon and Target apps off my phone was crucial to sticking to this part of the deal.

I didn’t shop in stores. Seriously. If I needed something, I’d either add it to the list and get it while out with my mom, or I’d ask someone to pick it up for me. Since I live with other adults I could just give them cash ahead of time or pay them back as soon as they brought what I needed home.

Not being the one to actually go into the store makes a huge difference. I could happily walk around Target for hours, but it’s not good for my finances. It’s amazing how easy it is to save money if you just stay out of stores.

RELATED: What You Need To Know About Online Grocery Ordering

I found cheap meals and made them over and over. A little boring, perhaps, but it cut our grocery budget way down.

I found free activities to do and stuck with those. There are way more free family activities than you would expect.

I hit up free sample time or raided the freezer stash to feed us. Nothing went to waste. 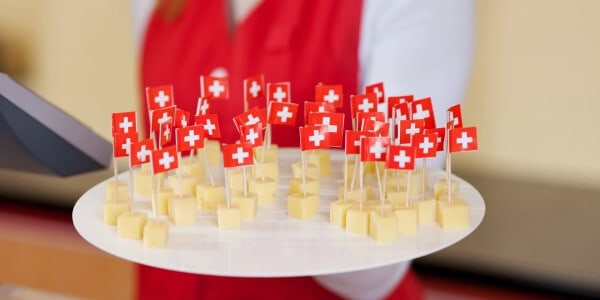 I didn’t spend money on new clothes. Was that tank top that I’d been wearing twice per week for over a year still okay even though it was pretty faded? Yep. It still worked. I didn’t need a new one. Instead of buying new leggings, I sewed up holes in my old ones. I wore the same few shirts all the time because they fit and were easy to breastfeed in. My tennis shoes were worn every day until my mom made me buy new ones.

More than ever, I thought about every dollar I spent.

I do have one admission – I didn’t make a real budget. It feels wrong to say this on a personal finance site. I know I should have made one. It probably would have helped to be aware of what I had and how much I needed.

But I got lucky.

My competitive nature took over, and since my output and input of cash flow was so simple I run a simple budget in my head. Plus, I was so determined to beat this challenge set forth by this site, and myself, that I refused to spend anything unless I absolutely had no other choice.

If what you’re spending your money on isn’t worth being in debt, constantly stressed, fighting to stay afloat, not able to sleep because you’re worried about how you’ll make it work, it’s simple, don’t buy it. 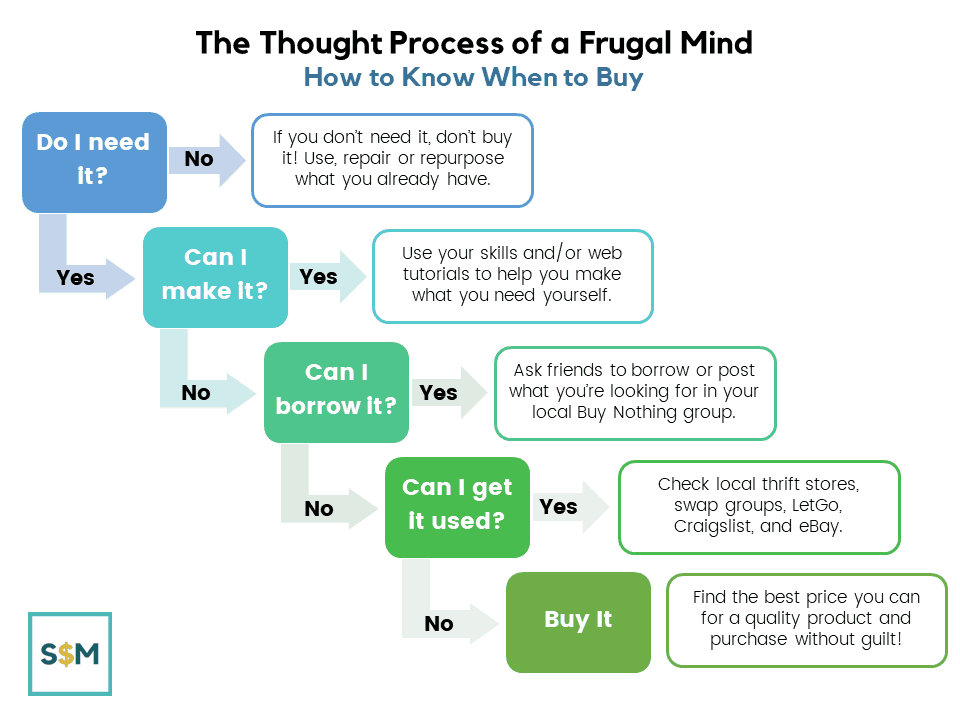 If you can live without it, do it. Know how to make it? Do it. If you can get it used, do it. Figure out how to not need the fancy new things that you want.

I justified buying my twins real shoes because I knew that I wanted to give them the best start that I could. Just learning to walk, and their first pair of shoes seemed important enough to get something that fit them well. I split the cost with their dad and felt good about the decision. Spending money on a good pair of shoes that would help them be stable and confident without messing up their feet was worth it.

But I couldn’t justify my tank top,  new shoes for me, or a new phone because I had all of those things.

And I couldn’t justify a run through Starbucks, a tub of ice cream, or tickets to something fun because I didn’t need them. Yes, I like coffee, ice cream, and outings, but not as much as I like not having debt.

RELATED: The Thought Process Of A Frugal Mind

Actually Paying Off The Debts

To pay off my debts, I used the snowball method. I started with the smallest ones, just to get them out of the way and then worked my way up to the big ones. Since all my debt had roughly the same interest rates, it was an easy choice to make. 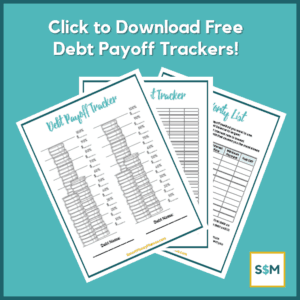 I chose not to keep money waiting around just in case, which was a bit of a risk.

But I knew that I’d get $100 every Friday. And since we wouldn’t need more than that in the meantime, I’d “spend” as much as I could on a bill.

It made it easier to say no when I knew I didn’t have the money to spend.

RELATED: How to Destroy Your Debt 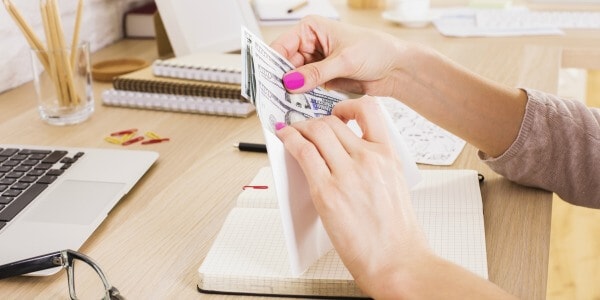 When I started my mission to pay off my debt, I put all my cards away. (Except my child support card because that’s the only way to access that money.) I didn’t bring my cards out with me anymore. I exclusively used cash.

Switching to cash felt a bit like going back in time, but I didn’t trust myself to have cards. Seeing things in cold hard cash made restricting my spending easier.

However, now that I’ve been debt free for a while, I do use my cards again. However, I have much more discipline. I know I can control what I spend. And I pay off my bill weekly or sometimes every other week, never leaving a balance of more than two weeks.

It’s really nice to trust myself again. (Plus, that little boost from my cashback card once in a while certainly helps!) 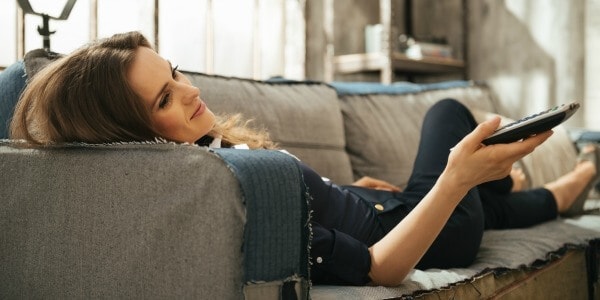 Have you ever heard saying, “Nothing tastes as good as skinny feels”? Well, nothing feels as good as seeing your debt paid off. My body isn’t made to be skinny, but it feels incredible to be debt-free!

Each time I’d pay off a card, I’d celebrate. I’d allow myself to stay up late and watch a movie. Or I’d take the girls to the park. But I wouldn’t celebrate by doing anything that would delay how long it would take to pay off the next debt.

Whenever I hit another goal, I’d text a friend. I’d tell her when I had gotten rid of half my debt, or another hundred, or paid a card off. And we’d do happy dances together.

It’s Hard – But Worth It

I won’t lie, it’s going to be hard. You’re going to have to be strong and go without the fun things for a bit.

But I promise it is worth it!

Not having debt looming over my head is one of the best feelings. I don’t have much of an income. Every single time I open my wallet I still need to make conscious spending choices. Sometimes I have to alter my spending style to fit my limitations. But the reduction is stress is 100% worth it. 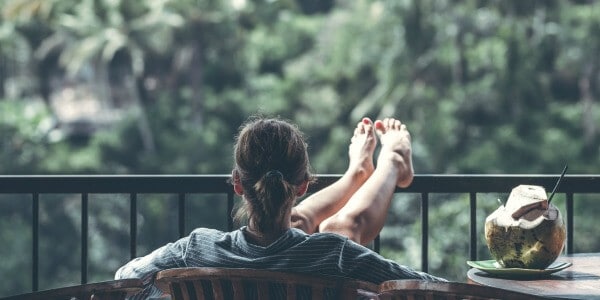 So, every time you open your wallet or click ‘add to cart’ think to yourself, “will this make me happier than the security of the money it takes away?”

Or, “Is this worth delaying getting out of debt?”

Or, maybe, “Is this worth the interest payment I’ll have on it?”

If your answer is yes, then do it. If it’s anything less than a wholehearted, unguilty YES then don’t do it. Find a way around it.

You’ll have to be crafty, disciplined, determined and stubborn. Changing your money mindset will be a must. You’ll have to plan and organize. And you’ll probably have to find someone to hold you accountable.

Buckle down and do the work.

Because being able to say yes to things now, because I was so obsessively frugal for a few months, is completely worth it.

I was recently asked to rate my top stressors from a list of ten things. This list included things like children/behaviors, not enough family time, couple relationship, and financial worries.

But even making as little as I do, financial worries were a non-issue. I ranked them because I had to, but money doesn’t stress me out anymore. That is the amazing gift living debt-free gives me!

And it was well worth the obsessively frugal few months.

How are you changing your life to achieve debt freedom? Share in the comments!