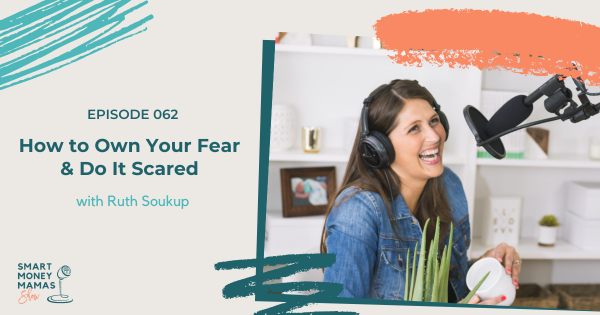 How to Own Your Fear & Do It Scared

Why You've Got to Listen to This Episode...

In today’s episode, I’m talking with course creator, podcast host, and author of Do It Scared, Ruth Soukup. Her passion project and blog started as a way to redirect her passion for spending too much money at Target every week. Ruth’s story is powerful because she was so willing to own her fear in hard emotional seasons like bankruptcy and divorce. We’re going to discuss how action is the antidote to fear, why you don’t have to be an expert to get started, and why the road to success can be insanely bumpy.

Moments You Don't Want to Miss 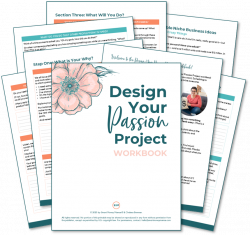 Take action on your dreams now by downloading our free guide!

Key Takeaways to Help You Own Your Fear & Do It Scared

As always, we’ve rounded up our top three takeaways to summarize what we believe are the core points to remember from Ruth.

Fear is important; it’s what keeps us safe. It’s what makes us stay away from the edges of cliffs and run from bears. (Or stay very still when we see bears? I’m not an expert on bear safety.)
But how our fear functions hasn’t kept up with the changing world. Often, the things we fear aren’t really dangerous, they just push us out of our comfort zone.

Add to that the fact that most of our fear is subconscious—and that we’ve learned how to just avoid situations that scare us—and suddenly we’re not even seeing the opportunities that could change our lives.

As a people pleaser, I don’t want people to be upset with me so I default to “yes” even when I’m overstretched. Meaning I miss the opportunity to put more of my effort into the best projects for me. For Ruth, who fears rejection, she rejects others before they can reject her. Meaning she might miss an opportunity to build great partnerships or friendships.

When you understand the root of your fear, or your fear archetype, you can shine a light on the things that hold you back. You give yourself back the chance to ask, “Do I want to do this? Is the potential reward worth the risk?”

And that’s a powerful thing.

We talked about this a bit in episode 33, when we discussed how to know when it’s time to pivot your goals. But even when you’re doing the right thing like building the right business, or making the right changes in your life, you’re not going to get this constant conga line of “Yes, yes, this is it!” feedback.

Sometimes, it’s going to feel like you’re doing the exact wrong thing.
You’re going to be scared right out of your pants (as George likes to say).
Ruth’s husband didn’t initially support her venture. He resented the time it took and the limited financial reward. She had to believe her own internal voice.

Her laptop, that she had worked and saved for, was ruined when it fell off the roof of the family car. Ruth had to commit to still working on her business, broken screen and all.

And then, just days after her husband quit his job which made Ruth a full-time breadwinner, their car was totaled. Anyone would have asked, “Are we doing the right thing?”
Building a successful business means facing down tough problems, working through the times when you’re feeling doubtful and scared, and believing in your own power and goals.

Just because something goes wrong doesn’t mean you’re a bad business owner or that you’re on the wrong path. Setbacks are just a part of the journey. Those who are successful are those who are best at dusting themselves off, learning from the experience, and moving forward.

I loved, loved, loved that Ruth said this. It is a sentiment we hear from mamas all the time.

“I want to be a virtual assistant, but I just don’t know if I have enough skills.”

Or—“I’d love to get a stand at our local farmers’ market to sell baked goods and jams, but I’m not a professional baker.”

Or—“I have this idea for a blog, but I’m not an expert. Who would listen to me?”

Ruth started Living Well, Spending Less not because she was living the perfect life and had all the money knowledge. She started because she needed that resource in her own life. She walked the journey with her readers. And people saw their own story in hers. 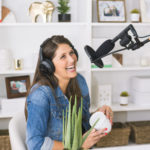 Ruth Soukup is the founder and CEO of Ruth Soukup Omnimedia, as well as the New York Times bestselling author of six books. Through her wildly popular blog, her top-rated Do it Scared podcast, and life-changing online courses and programs, she provides both practical tools and the motivation to use them, while encouraging more than one million weekly subscribers to face their fears, crush their goals, and create a life they love. Ruth lives in Florida with her husband Chuck, two daughters Maggie and Annie, and their dog Dot.

Other Ways to Enjoy This Podcast

Have You Subscribed Yet, Mama?

Are you subscribed to the Smart Money Mamas podcast? If you’re not, I want to encourage you to head over to Apple Podcasts (or wherever you listen to your podcasts) and subscribe! I release episodes twice and week and as a subscriber, you’ll be notified right away so you can take checking the feed for new content off your mental to-do list. 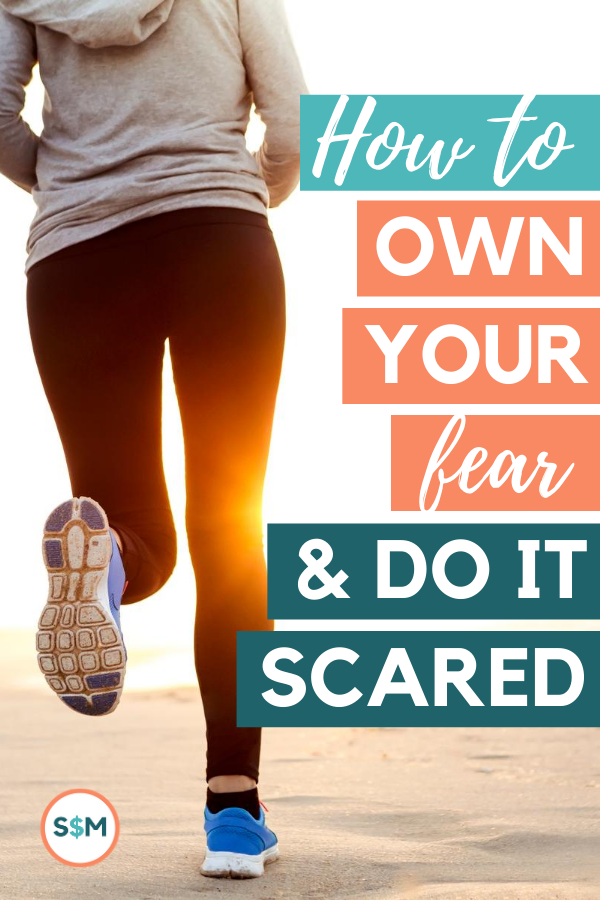 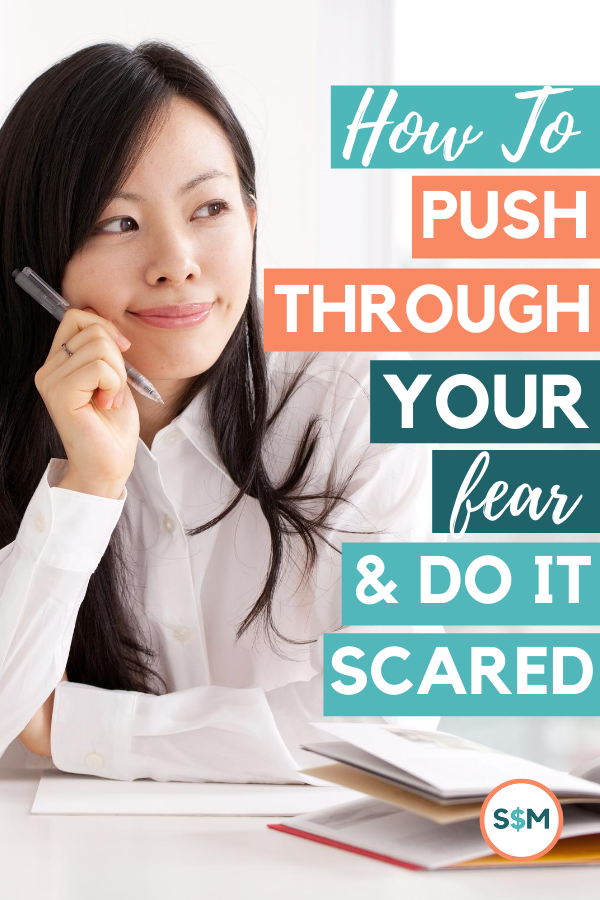 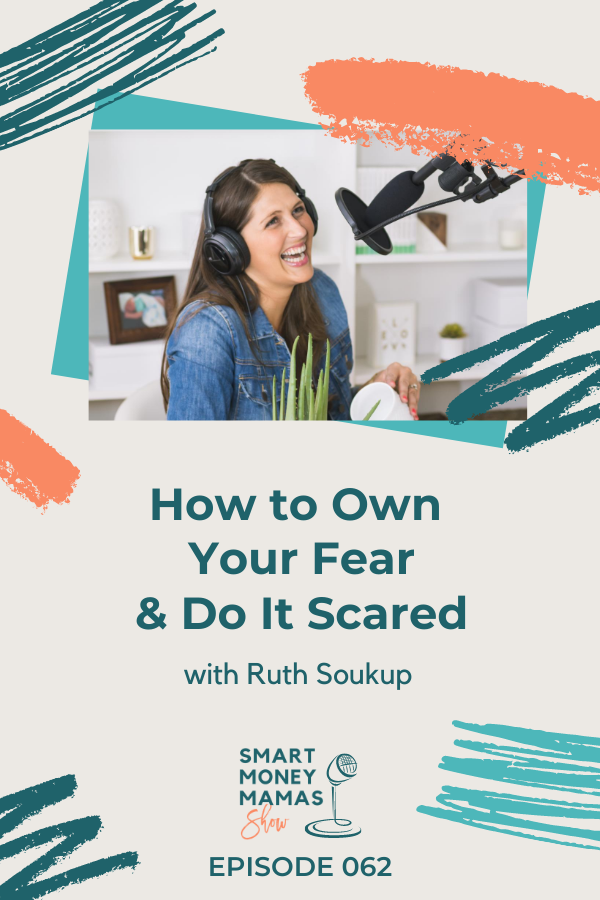 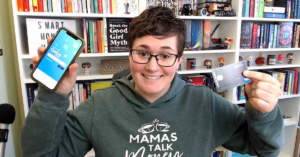 How to Get Your Reluctant Partner to Budget With Qube Money